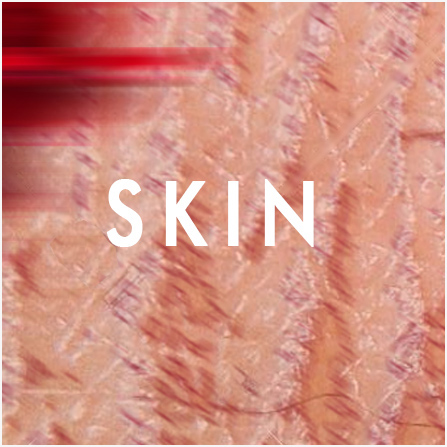 “Oh yes, there was quite a mystery over those two,” C.F. said later that evening as he sipped Merlot from a long-stemmed glass.

“It’s all folklore and superstition, of course, neither of which I subscribe to. But since you’re asking, your curiosity I shall attempt to satiate. In September of 1910 the little town of Hamptonshire experienced its first-ever murder. Dereleth Abercrombie was a coachman at the time and was found with his throat slit on Mulberry Street in mid-October of that year. He’d been drained of all blood. There was no other apparent robbery; no obvious reason for the crime. Some years later, Elizabeth Wilkinson, who worked as a dress maker on Reed Street, was also killed in a similar fashion. The assailant or assailants were never found.”

“Some claim to have seen Abercrombie and Wilkinson since then.”

“Ghosts. Spirits. The undead. Whatever label you’d like to put on it.”

“I’m suggesting no such thing. I’m only stating that, in the years since the murders occurred, both victims have been spotted in town on multiple occasions.”

“Still don’t know how any of it relates to me,” I said.

“Probably it doesn’t,” C.F. said, filling both our glasses.

The following evening, as C.F. and I walked toward the Smith Saloon, I stopped suddenly and, pointing at my mouth, asked, “What is this . . .thing . . .that I’m feeling?”

I clutched C.F.’s gloved hand, realizing at that moment that I had in fact found contentment.

The Hamptonshire Tavern held the usual Friday night regulars, tallying less than one dozen in number, and the nickel drafts flowed freely. Jimmy Wise, who ran a small auto-repair shop and was known to all as The Wise Man, sat at his usual corner stool, a trail of smoke from the tip of a cigarette rising listlessly from ashtray to air. Ingrid and Joshua Sawyer, owners of Hamptonshire Dairy and Produce (the only game in town for groceries) stood chatting with barkeep Mick Hendrickson about an approaching snowstorm. The remaining locals, Huntz Myrtle among them, bickered heatedly over the future of the Pittsburgh Pirates under the management of Bobby Bragan and absentmindedly shot pool. C.F and I entered without fanfare and approached the bar. Shortly after 11:00 pm, we entered the men’s room and vanished behind the door of its only stall, returning to our bar seats fifteen minutes later.

Shelley visited me again on January 14.

“I looked into Dereleth Abercrombie and Elizabeth Wilkinson like you suggested. But I don’t believe in ghosts and I don’t see how either of their deaths relates to me.”

“I might not believe that an airplane can fly across the ocean, but that doesn’t make it any less true,” Shelley countered.

“Airplanes are tangible machines, built with steel and aluminum by engineers. Ghosts are little more than the workings of the imagination, the stuff of Poe and Lovecraft.”

“Dereleth and Elizabeth’s spirits haunt Hamptonshire; you can be certain of this. It’s been said that the earth here is cursed, and sometimes, well, sometimes the dead refuse to stay dead.”

“That makes no sense at all.”

“Have you been spying on me?” I asked.

“I’d like five stamps please,” she said, retrieving a quarter from her purse.

“How do you know so much about me, Shelley?”

“Stamps please,” she repeated, and placed the coin on the counter.

“Answer the goddam question!” I demanded.

“You wouldn’t believe me if I told you. So why don’t I show you instead?”

She reached into her handbag and retrieved a small sheet of paper, an old newspaper clipping, folded over several times and handed it to me. I unfolded the paper. After a minute or so, I slid it back across the countertop toward Shelley.

“You’re telling me that this newspaper article is about you. That you went missing in February of 1926 on your twenty-fourth birthday?”

“Bridger, I was strangled and died in February of 1926 on my twenty-fourth birthday.”

I noticed, for the first time, the thin line of discoloration around her neck, a line no wider than a shoelace or telephone cord.

“I think the article’s a fake. I think you’re a liar and a fraud.”

Shelly began to press the fingers of her right hand against her dress and slightly to the left of the breastbone. Her fingers melted through the dress and into her flesh. She pulled her heart through her rib cage with a loud cracking sound and held it before me. The organ was dry and decayed, the arteries long since desiccated. The right atrium was mud brown and fully collapsed. I stumbled back and fell to the ground, crawling in reverse like a frightened child.

A moment later she was kneeling next to me. I screamed and shut my eyes tight.

“I’m not here to frighten you, to haunt you. My soul is restless, has been restless for nearly forty years when my life was taken away at 10:13 on my twenty-fourth birthday. I’m only here to help you. Soon you’ll be faced with choices, and the choice you make will have lifelong ramifications. Just be sure . . . be sure to make good choices.”

“Go away, Shelley. I don’t want your help. Just go away.”

Shelley silently walked toward the cash register and retrieved her postage stamps before stepping through the counter itself and through the door. Following a few hasty swallows of spiced rum from a flask tucked away in my desk, I began to contemplate that Shelley did not actually exist. She was, I realized, a spirit not of the grave but of my own making. Upon further introspection I concluded that the Shelley persona was merely a manifestation of my subconscious mind. Another means of self-soothing, as my psychiatrist had deemed it. I realized that this theory was not without its problems, but it would suffice until I could think upon it further. In the interim, I decided that rather than reject Shelley’s future appearances, I would welcome them, in hopes of revealing their true purpose, one that I was certain transcended ghosts and goblins. In the ensuing weeks I did not see Shelley; however, I did not mind her absence from my life.