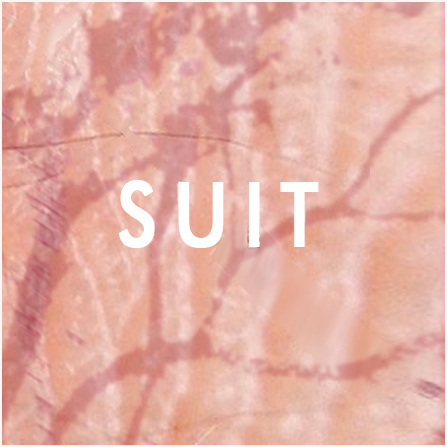 A fight erupted this morning in the third floor recreation room. Nothing serious. Just the usual skirmish that occurs when one resident discovers that another resident has something (in this instance, a birthday card) that he lacks. So it was that fifty-three-year-old Robert Wallace attacked the slightly younger Josh McMillan, landing a few choice blows before the orderlies removed him from the room. Josh was fine of course–a tough exterior and interior. Not sure why he’s here because, truth is, he seems completely rational. Never seen him lost in conversation with imaginary people (or invisibles, as the staff around here call them), has never acted irrational, never threatened a soul. Far as I can tell, Josh is completely and utterly sane.

No one visits me here. Been that way for years. Truth is, I shouldn’t be here at all. I was guilty and should have gone to state prison. Not that I minded the sentence. A skinny white man with red hair, freckles, and glasses wouldn’t have done well in state. My state-appointed public defender figured that much and struck an agreement with the prosecution, much to the lament of the deceased’s family and the local press.

It’s worked out okay. I don’t mind this place on most days, though I do miss C.F. I also miss Shelley. Seems like forever since we last spoke, and probably it has, though I don’t much watch the clock, much less the calendar.

You’ve read about me. I was born in suburban Detroit on June 13, 1930, and christened Bridger, the only child of Lloyd and Mildred Reiterman. My mother worked as a seamstress. Dad owned a small but profitable butcher shop. Our family was solvent even through the worst of the Great Depression. Mom and dad worked seven days a week in shifts of 12 hours to make ends meet. Following the attack on the Pearl Harbor Navy Base on December 7, 1941, by the Imperial Japanese Navy, dad, like so many others, enlisted in the US Army. I was eleven and given the responsibility of managing the butcher shop in his absence. A tall order for sure, but I had been around the business since I was four years old. By age seven I already knew how to quarter a carcass and use a meat saw, knew how to cure and how to grind. I did okay.

Three years later, on December 31, 1944, mom got notice that dad had been among the 3,000 soldiers killed in Operation North Wind in northwestern Europe. Shortly after the war ended, she moved us to western Pennsylvania. For a while, we lived with relatives before renting a small apartment in North Fairmont. I found work with a local butcher for several years, but had no interest in setting up my own business. Folks say I seldom smiled. Seems like there was little to smile about.

Every town has its bully. In North Fairmont his name was Barton Garrison. He was a big kid with ham-like arms. Everyone feared Garrison. He enjoyed taunting me, and I took it all in stride until an afternoon in March of 1945 when Garrison beat me. It happened on the walk home from school. Knocked me down, took off his belt and wrapped it around the fingers of his right hand, and landed more blows than I could count. I still remember him standing there, so proud of his achievement.

The following afternoon, I walked over to his house on Kaymer Street. Barton was standing by the side of the house lighting up a smoke.

“Back for more?” he asked, tossing the cigarette to the ground.

I moved swiftly, the granton-edge steel emerging suddenly from my back pocket. It was a short boning knife I’d pilfered from the butcher’s store. Four-inch blade. I tore into Garrison as if he were cattle, and his white fitted t-shirt turned spotty crimson. Garrison fell to the ground, palms pressed against open wounds. So many beautiful open wounds.

“I need more hands,” he winced, unable to stop the bleeding.

“Don’t be stupid,” I said, and dropped onto his back.

“You touch me, or anyone else ever again, we’re gonna do this every day. Every day.”

Garrison was crying and gagging and he started to piss his pants. I pressed the blade tight against his neck and drew blood.

I graduated school in June 1948 and found work with the US Postal Service as a letter carrier. I’d sprouted during adolescence and was nearly six feet tall though all of 110 pounds. Some of the crew referred to me as “Golden Gate.” Most, however, simply avoided me, as I’d become known as the freak butcher boy with a quick temper. Not that it mattered; I disliked people about as much as I liked the outdoors and walking. Year after year, the summer sun tanned my fair, freckled skin.