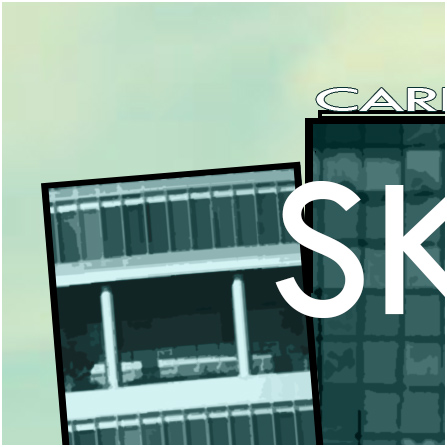 ITEM: I wanted to take a moment to mention that the new anthology from Gravelight Press (an imprint of Devil’s Party Press) entitled EXHUMED is now available. It’s priced at $9.99 and features 13 scary tales spanning the various sub-genres of horror. Find it on Amazon or order from Devil’s Party.

ITEM: Speaking of EXHUMED, we cut a trailer for the book. If you haven’t seen it, click on the TV below (will open YouTube):

ITEM: Gravelight Press is still accepting submissions for our 2021 horror anthology. If you write short horror fiction, be sure to check out the details and submission guidelines here.

ITEM: We’re working with author R. David Fulcher on a new horror collection for Gravelight arriving Halloween 2021. Very excited to get this book into production and you can expect regular updates in the coming months.

ITEM: It’s taken forever, but you’ll soon start seeing lots of news about Mel Lee Newmin’s sci-fi epic, BALANCE OF FORTUNE, coming in 2021 from Out of This Word Press.

More than ever, Treat felt determined to defect. His eyes had opened. Memories of his youth, of summers spent in Meadsville–forests, grassy pastures, air and water untainted by chemicals—raced through his mind. It was all still there. He’d been lured to the city by its glossy, magazine-slick veneer, but the sheen, he realized, was as fake as the nails of a call girl. The quiet of the country was still there, was still within reach.

Treat paused the music player on his phone and noticed that he’d received a new voicemail message. A thin smile formed on his lips as he played the recording. Months earlier he’d managed to eke out a few days to visit Maine. While there he’d somehow stumbled into an interview with McAllister, a startup publishing house in Bridgton focusing on sci-fi. That was ten weeks ago and he’d all but forgotten about the interview. He replayed the message. It was lengthy, but seven words stood out: we’re ready to make you an offer. Bridgton wasn’t Meadsville, but it was a hell of a lot closer to it than Combustible.

Treat stared out the window once more. The returned a deadlocked stare, the obscene finger that was the Despayre Tower pointed directly at him from afar.

“Fuck me?” he said softly, recalling the graffiti-covered garage from a few minutes ago. “No. Fuck you.”

At 6:49 p.m., the 708 crawled to the intersection of O’Shay and Reed. Treat signaled to the driver who applied the brakes too hard. Treat hung onto an overhead railing and carefully stepped off. He strode across Reed but stumbled midway, falling hard onto the pavement. He glanced back to see a section of asphalt appear to rise and fall like a chest deeply inhaling and exhaling. What the fuck? A second look revealed nothing unusual. Several moments passed as Treat gathered together the contents of his backpack, which had burst open. He thought about Maine and the future. This is going to work. The driver of the municipal trash truck would later tell authorities that the accelerator had gotten stuck and the steering wheel locked up. As he stood, dusting the debris from his clothes, Treat remained oblivious to the speeding vehicle until it was too late to react. The last thing he saw was a billboard in the distance, one of the city’s promotional efforts to recruit new workers:

Stay a week – a month – a lifetime…in Combustible.

A moment later the pain thundered down upon him like a thousand angry fists of concrete, steel, and glass until, mercifully, darkness ensued.