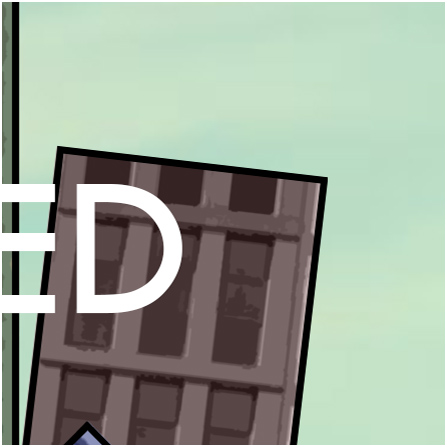 ITEM: I wanted to take a moment to mention some happenings from Devil’s Party Press. We have recently launched 3 new imprints, one of which (Gravelight Press) will focus on horror. The first title from Gravelight is EXHUMED: 13 Tales too Terrifying to Stay Dead. It contains, you guessed it, 13 macabre stories. It also boasts a swell introduction by Jeffrey D. Keeten, a reviewer and author whom you may be familiar with if you follow Goodreads. Jeffrey has penned thousands of book reviews, so it’s a treat for us that he agreed to pen an introduction for our debut title. Please take a moment to check out Jeffrey’s website, and please consider purchasing EXHUMED. It’s priced at $9.99 and features a jazzy cover designed by yours truly. Find it on Amazon or order from Devil’s Party.

ITEM: Speaking of Gravelight Press, we are currently accepting submissions for our 2021 horror anthology. If you write short horror fiction, be sure to check out the details and submission guidelines here.

Treat was a mere half block from Broad when the 9 raced by, kicking up dust and spewing exhaust. His moment’s hesitation had been costly. “Fuck,” he whispered. Just as Treat’s heart began to sink, the long-overdue 708 suddenly appeared on the horizon. Knowing he’d never make it back to bus stop, Treat waved the vehicle down. When it failed to slow, he stepped into its path. The vehicle ground to a stop and the doors opened.

“This isn’t a stop,” the driver said, clearly annoyed.

A painfully desperate smile stretched across Treat’s face. “Sorry. Been waiting a long while.”

The doors closed and the bus jerked ahead. The 708 was hot and crowded . The air conditioning wasn’t working but Treat didn’t care. He found a window seat toward the back and breathed a sigh of relief at being insulated from the random madness of the city.

His thoughts invariably drifted to the man in the Hawaiian shirt. Treat was by no means small or weak. He exercised regularly and could hold his own in a fight. He knew that he should have aided the stranger, but he’d seen enough good Samaritans eaten alive to know that it was best to ignore and keep moving when trouble struck. Next time, he told himself, knowing that next time he’d likely act no different.

The commuter bus crawled sluggishly across town. Treat looked toward the sky, seeking the calming blue of the horizon, but the city’s massive constructs obscured the bulk of it. From his vantage point, Treat saw only glass and concrete, stone and iron, brick and marble. As the bus reached 21st Street and the city park, the sky and sun were suddenly visible. Treat felt the sun’s warmth upon his face, but it was replaced within moments by the shadows of a dozen skyscrapers that towered over the populace like back-alley thugs. Ahead, traffic had ceased to move. Car horns blared, pressed ad nauseam by anxious, frustrated drivers. The bus horn joined the impromptu symphony, issuing forth a soulless baritone wail. Traffic remained motionless. Treat dug into a pocket and retrieved a pair of ear buds. He untwisted the wire and connected the jack to his phone. A bit of power-pop to help lessen the edge.

At last the gridlock ended and the bus approached the expressway on ramp. The worst is over, he thought. To Treat’s surprise the bus veered right, away from the on ramp and over toward Market Street. Treat leaned his head backward in defeat and disgust. He knew too well that the buses only deviated from the expressway when something, usually a multi-vehicle accident, had caused in a shutdown. The bus crept east on Market, back into the city, before turning north onto the Boulevard. This alternate route cut a swath through the city’s dilapidated neighborhoods, areas that had once shone but were now neglected and forgotten. Even the city had its ugly stepchildren.

“I’ve got to move, get out of here,” he whispered to no one. He’d been trying to focus on a relocation plan—just a plan. But work had gotten so busy lately that he’d neither the time nor energy to develop a strategy that would lead to eventual life in a cleaner, safer, less exhausting town. The bus was moving at a decent clip now. Treat stared at the one-car garage at the corner of 41st and Wyoming where “FUCK ME? FUCK YOU!” had been spray painted across the door in large block letters.The house next to the garage was a burnt out shell. Several children engaged in faux swordplay using broken strips of burnt wood for sabers. One of the kids looked back at Treat and extended a pudgy middle finger.